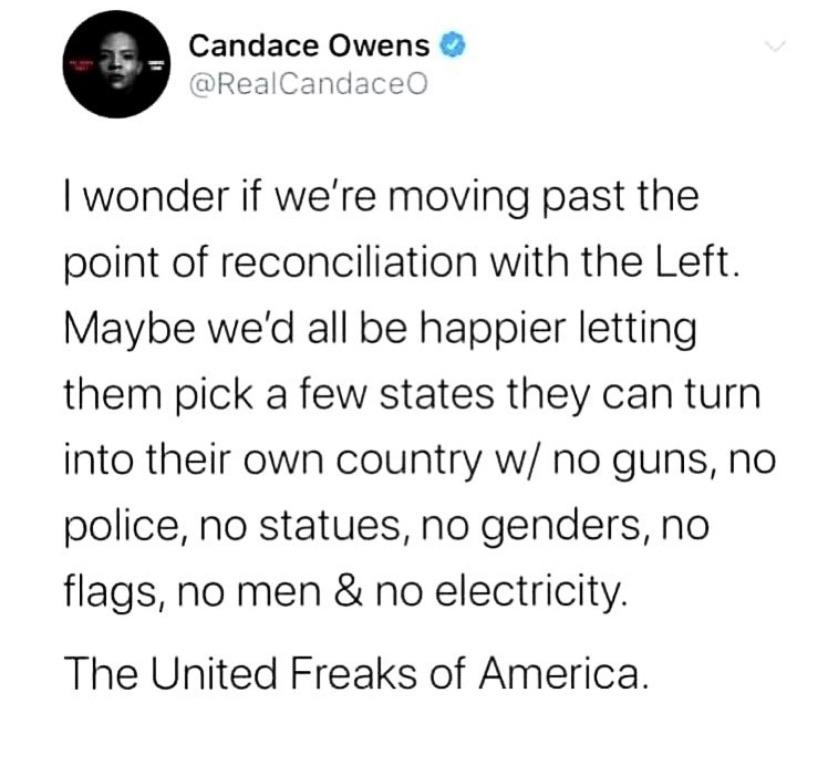 I mean, if you want to

We've already established that there's no genders, so we're good on this one.

Of course she likes genders, she's a reactionary.

We will generate our electricity by burning all the flags and genders.

who needs 'em? be who you want to be and don't let gender roles stop you

assuming she's talking about american flags, yuck. she can keep them.

here lies the biggest question: would we rather get rid of police and traditional views of gender, or would we rather be able to shitpost and use guns? it's a tough one, but i think i'll go with the first.

Personally, I think it's a good deal and we should take Candace up on her offer.

hello friends. it's your chapo for this forum. it's this forum's chapo. chapo let's go.