What do you think about hookah smoking? Do you like this? If yes, let's share our favorite tobacco brands and flavors! 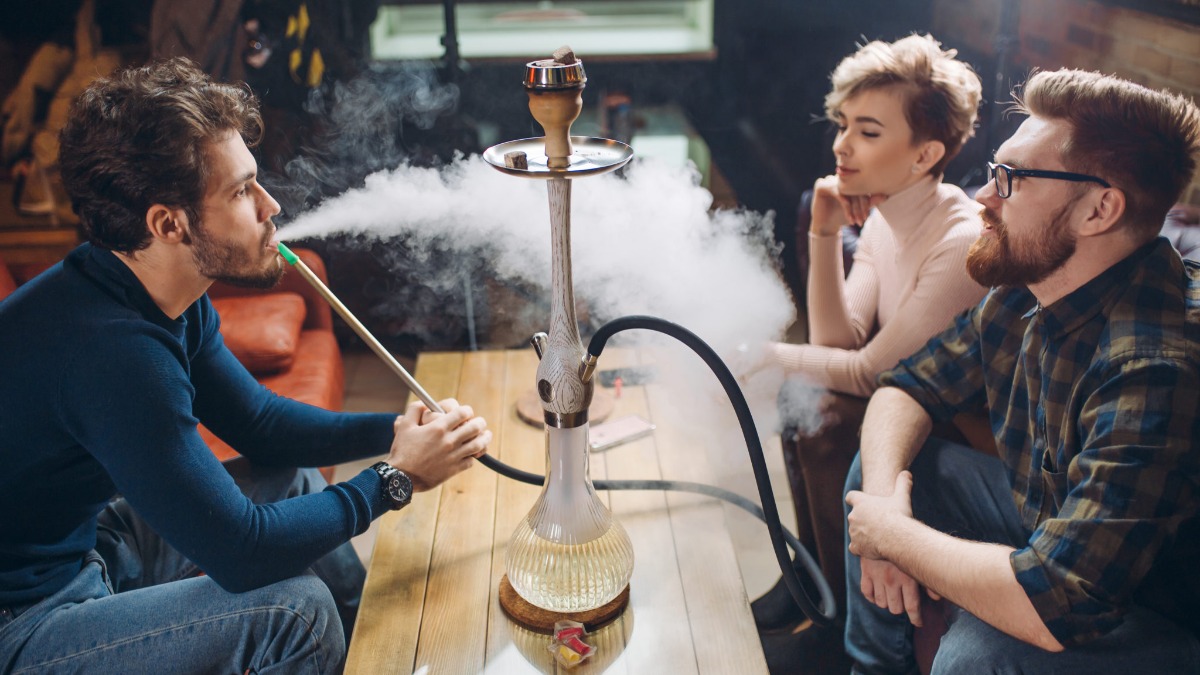 I don't like this. Prefer weed in paper, without other people.

I think of Hookahs as a social thing, sit out at a party / gathering and chat / smoke together.

are tobacco flavors even relevant anymore since the apparition of vape?

I don't like smoke no more. Edibles are yum though. Never was one for stims anyway.

I seriously thought about getting a hookah as a house warming gift to myself. But tbh there are some issues. Generally I enjoy smoking over orla consumption but like oral consumptions is so much better health wise and hookah is something that it's hard to tell how bad it is for u.

Also all the charcoal and stuff to run it can be expensive. Buying the tobacco is problematic bc there doesn't seem to be vegan or non imperialist hookah brands. While I can get non imperialist vegan cigarettes. Plus I'm really enjoying kratom and not smoking so I'm not in a hurry to start consuming tobacco again. Tho I do miss it.

Now u can use other drugs such as opiates or cannabis in a hookah. I don't consume much cannabis these days plus if I do I'll use a dry herb vape allthough it would be a far worse experience than a hookah it is safer and cheaper. Plus arguably better high.

In regards to opiates I honestly prefer kratom and hookah smoking is prob not a best method. Plus I'm a frugal fuck so I would be far more likely to go the frugal route and compromise by consuming fentynal rather than heroin or opium. Tho tbh I'm extremely Gabby with kratom and don't really feel like going back to opiates. Tho being able to get high from non oral routes would be nice.

Plus I don't like drugs that are flavored. It makes it easy to consume more than u want plus I generally like the taste of bitter drugs somewhat. So I doubt I will but if I do get a hankering for smoking drugs I would just use a vape which is arguably better in most ways.

Cheaper, more flavor varieties, can use more amounts of drugs and have more control of disease, don't smell as bad, healthier, far lower up front cost. Ect. The only real downside is consuming nicotine u get the other tobacco chemicals while vaping u don't.

Probably the only time I'll willingly use tobacco products is with a hookah at a shisha bar, which is very rarely. I quite like em, like the social aspect and the aesthetic.

And if cannabis is all you wanted to smoke from it, a bong is a better option every time: Simpler mechanism of operation (no charcoal involved), bowl size optimized for cannabis use, cheap, doesn't need to take up as much space, easy to clean. You can even get bongs with hoses if you wanted that.

I like smoking hookah. Especially if I turn on some interesting movie, make delicious tea and smoke a hookah. I think it's a great pastime. I bought my current hookah set at Icon Hookah, and I also order tobacco from this store. I like Starbuzz and Fumari. They are quite strong, but I just prefer a fairly strong hookah tobacco.

What is sanity in an insane world?

This is a forum centering experiences of those labeled as having mental illness and research that uplifts their voices.