Anarchist and communist militants from the city of São Paulo, organized in the "Revolução Periférica" movement, set fire against the infamous statue of Borba Gato, a brutal "bandeirante" (colonizers and slave traffickers) in Colonial Brazil. The 13 meter statue represented the "glorious" history of his racist and violent past. On 24 of July, militants from the "Revolução Periférica" set fire on the Statue, hours before the major protest against Bolsonaro in São Paulo and other cities wich resulted in clashes between protesters and the police.

This action spread nation and worldwide, and resulted in the arrest of Paulo Lima (a.k.a "Galo", a food delivery worker and leader of the "Entregadores Antifascistas" or "Antifascist Courier") and Danilo Oliveira (a.k.a "Biu", a history teacher). Paulo remained 14 days imprisioned and will face legal prosecution alongside with other militants that participated in the action.

Brazil is no longer a democracy and the extreme right, with the support of the military, is preparing it's final strike against the brazilian institutions. The pandemic resulted in 600.000 deaths, our economy is crumbling and the people are starving and a feeling of anger and frustration is permeating between the brazilian society.

In this context, the antifascist movement in Brazil is rapidly radicalizing towards direct action and self defence, and "Revolução Periférica" is perfectly catalyzing this feeling.

They're doing a crowdfunding campaign to finance their next actions, and also, to pay for the legal fees of comrades Galo and Biu.

You can support the brazilian revolutionaries here, with Bitcoin or Ethereum: https://www.firefund.net/rpsaopaolo 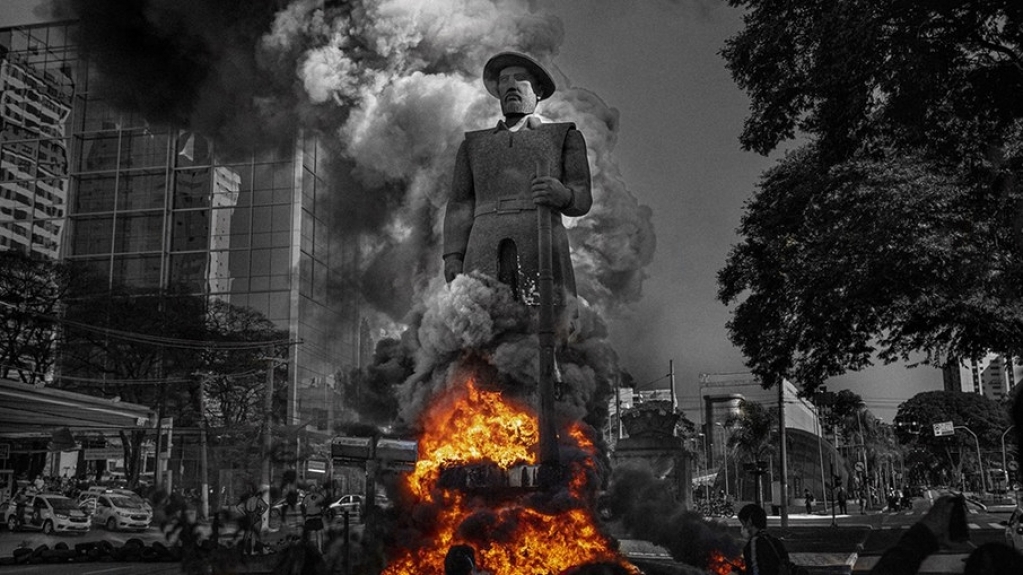 Fucking awesome. Direct action is the answer! Down with capitalism! Down with ALL STATUES!