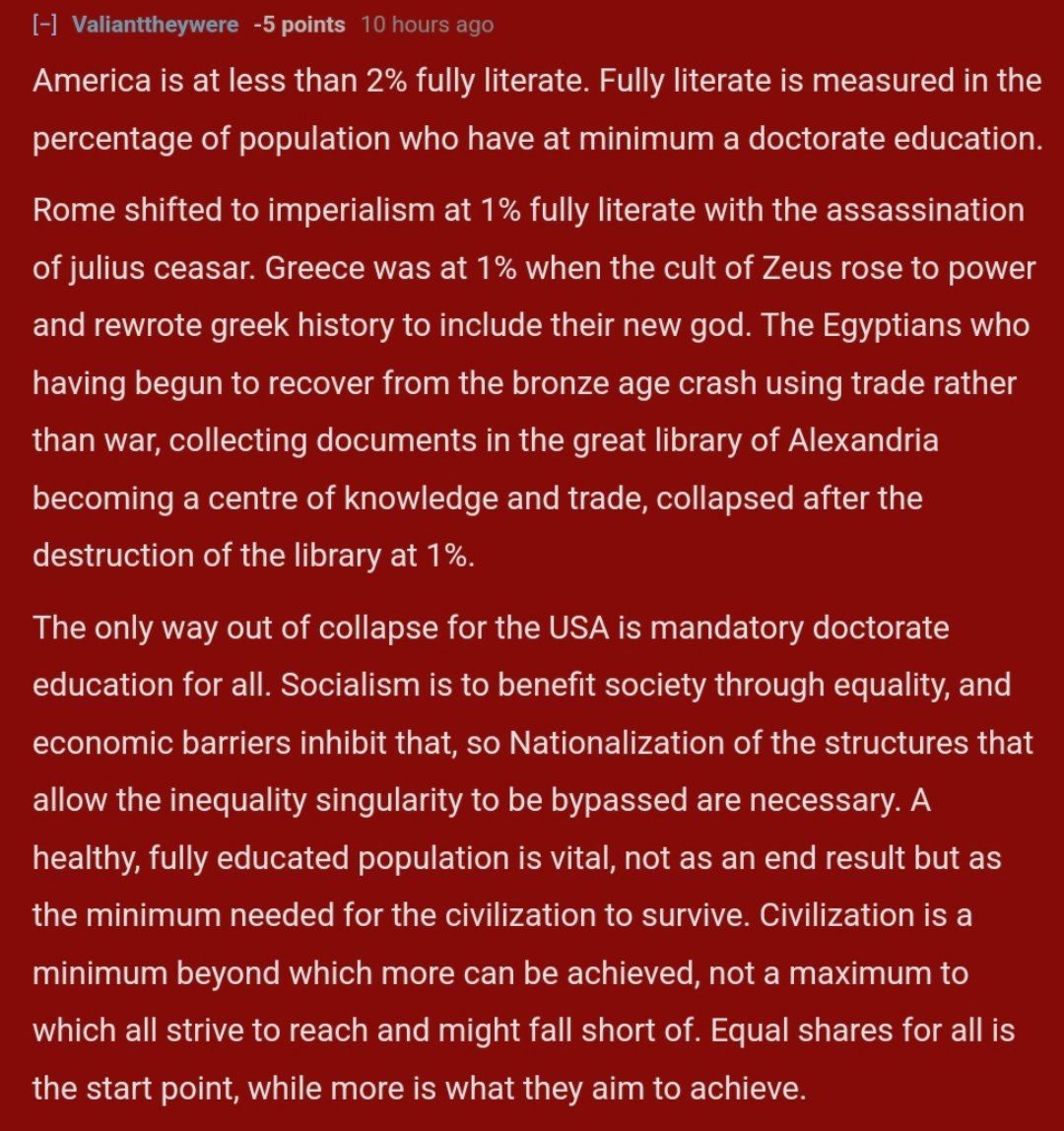 You don't understand because you're not fully literate.

that's a new one

Long live the application of effort for its own sake! /s

those are some words right there.

I can only read some of them though since I don't have a doctorate. :(

You're a failure as a socialist.

maybe if i get my doctorate i can be a proper socialist, like david graeber?

Imagine working as a janitor only to be forced into going to school again for roughly 8 goddamned years to get a fucking doctorate because of some shitty error in pattern recognition.

You study your ass off and now you can call yourself "doctor" except you still have to be a janitor because all of the less terrible jobs have already been taken due to a surge in people with doctorates and people are still spilling shit, littering, and shitting in public bathrooms.

You spent hours upon hours for years memorizing physics formulas/historical facts/anatomical facts/etc. because you didn't want to go to prison only to end up with the same job of cleaning toilets and mopping floors while some chucklefuck makes the same amount of money that you do while having a job that they enjoy doing.

You'd be inclined to think, "maybe the USA should've collapsed."