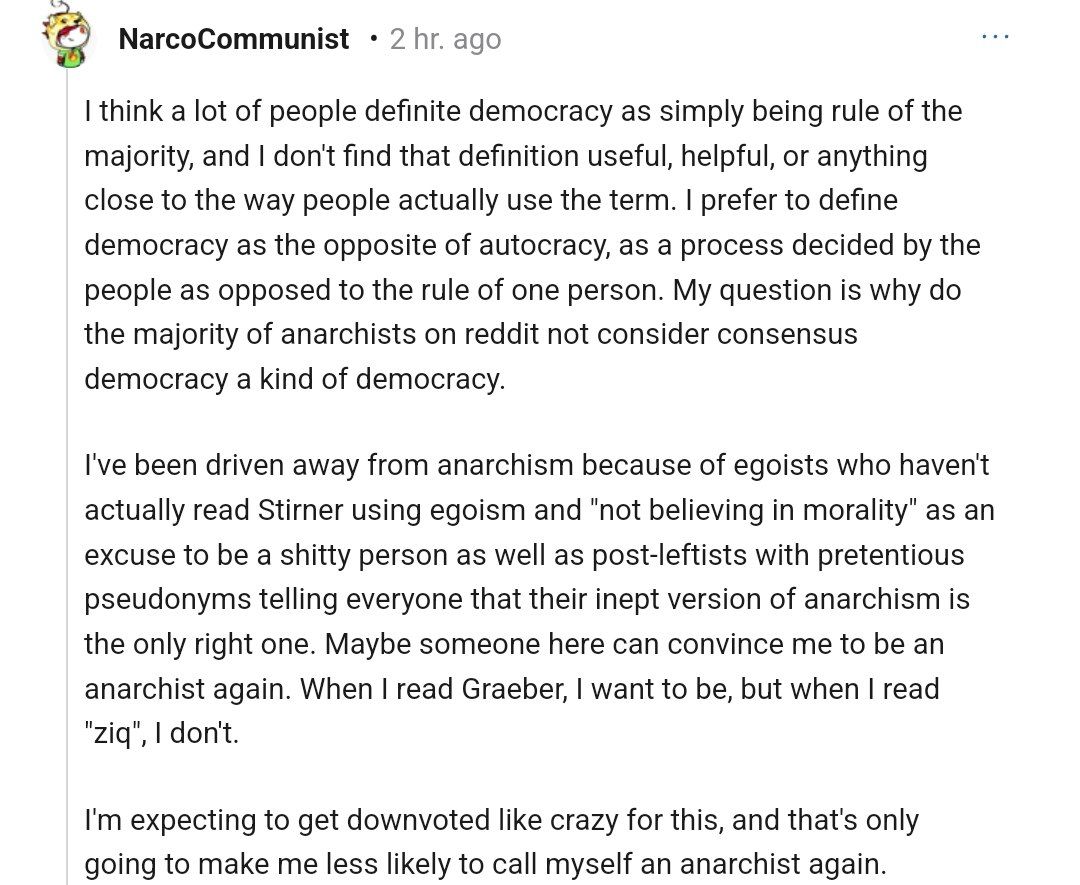 We can always dig him up.

GPT-3 reads Graeber and then it might just be possible.

Graeber almost saved this one's soul by converting them to moral anarchism and I fucked it all up with my pretentious pseudonym and undemocratic ineptness.

Pseudonyms in reddit or in the internet don't mean much, this was a cheap provocation.

Well consensus is a double edge sword, it's the same with a majority rule by vote, there always room for manipulation (and ableism) to settle in.

To be a good person and being an anarchist aren't the same thing. Being "good" is not a universal truth. Dr. Mengele was good at some point to some people, fuck this equivalence of anarchism = moral superiority or anarchism as the ultimate human ideology.

If you don't want the full package, just opt-out.

They're trying to get reddit to tell them anarchy is social democracy before they'll bless us with their membership in anarchy gang. What a clown.

It's funny. I don't call myself an anarchist even though technically I am one. I call myself anti-civ nihilist. And it's because of dorks like that, I cannot have people thinking I'm in the same group as that person.

Why in the world do they put ziq in quotes?

Because how dare I not use my legal name to write about anarchy?

The artist formerly known as Ziq. It was an acronym used for Prince after they changed their name to an impronouncable symbol

The most pretentious pseudonym "ziq"

What have you done? You're clearly doing an excellent job here at pushing left-liberal democrats away from anarchism, restoring balance to the world.

Please do stop calling yourself an anarchist again.